Soldiers have described their new fatigues as a “fashion faux pas” which is shapeless, too American and more akin to an Action Man costume. 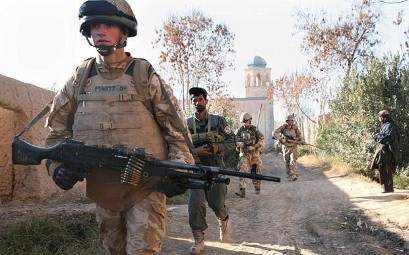 When the Ministry of Defence introduced new combat fatigues for troops in Afghanistan it was hoped they would be welcomed for providing more comfort under body armour and creating better camouflage.

The new Multi Terrain Pattern uniform has been rounded upon for being ill fitting, poorly designed and made of poor material.

The criticism is an embarrassment for the Ministry of Defence which has spent £40 million to rapidly get the kit into frontline service.

It was rushed into service across the Army in the last year to assist troops in Helmand, making it safer and easier on patrols. It will eventually be issued to all 100,000 soldiers in the Army.

But the condemnation has come to a head with a barrage of complaints sent by men to Soldier, the Army’s in-house magazine.